And no it’s not what you think it is… not going to go on and on about my illness, disease or other hardship. This is a story of true love. And it begun in the summer of 2012.

I was sent a video on YouTube. It was from a friends brother who had bred some horses and needed to sell some of them. One of them, a filly by Diarado-Balou de Rouet caught my eye. She was breathtakingly beautiful. Moved like a tiger and even though it was only 1 year old jumped like a true star. I fell in love!

At the time the seller wanted quite a lot of money for her, understandably, but I couldn’t really fit such a young mare into my company, I was thinking about it, but felt it was safer to leave her for now.

Time went as time do. What happened in my case was that I had an accident, had a couple of brain hemorrhages, went in to a coma for a month, a couple of epileptic fits… and then lo and behold… I woke up!

What was one of the first things I thought about from waking up and realizing I had been in a coma and out of touch with the world for such a long time? The well being of my children? The state of the world? The mental health of those who were close to me? Well partly all of those but one thought that kept on creeping up and knocking on my conscience was that 1 year old mare… the one with the karma of a fierce brave soul… with the outstanding technique… there she was, at the forefront of my battered brain. I knew then I had to try and buy her.

When I called my friend up from hospital, I’m sure I nearly killed him by asking him about his brothers horse. He was in Sweden, awaiting news of my survival, or not… then comes a phone call from me asking to do business with his brother… I can believe that might have been a bit of a strange scenario to find yourself in… Anyway said mare was still available, and I think thanks to my circumstances I managed to get her for a fair price, and put her with other youngsters in a field to grow up.

I went to Sweden to see the mare only once during her growing up and realized she was maybe a bit on the small side. As I was back riding, but not really back to breaking young horses, she was sent to another of my friends. She was due to do the 4 and 5 year old classes but they instead found that she had a loose bone chip that we had to remove.

Rehab was lengthy and the mare didn’t get back to doing shows properly until she was 6. But by then my friend said she was one of a kind. I saw the videos to prove it and couldn’t wait to get my rider in England to enjoy her! She still hasn’t grown. But to make up for it she has the most enormous canter, so not hard to jump a big fence for her.

Come this autumn of 2017. I’m back riding, back jumping. Thinking of what to do next. I have horses spread out a little bit too much for my liking, and had decided on getting a bit more organized and sorted. So yesterday I flew over from Spain. And for the first time, although I have owned her for 5 years, I sat on Dilba. It was pure magic! From every stride that she took we became more and more a unit. To me she would be one of the nicest horses I have ever sat on!

She will now await coming over to Mallorca to live a warmer life!

Thank you John Hickey, Eamon Hickey, Jenny Andersson and Julie Andrews to all be part of the Dilba story! This is just the beginning!

Keep smiling 🙂 some stories are worth waiting for ❤️ 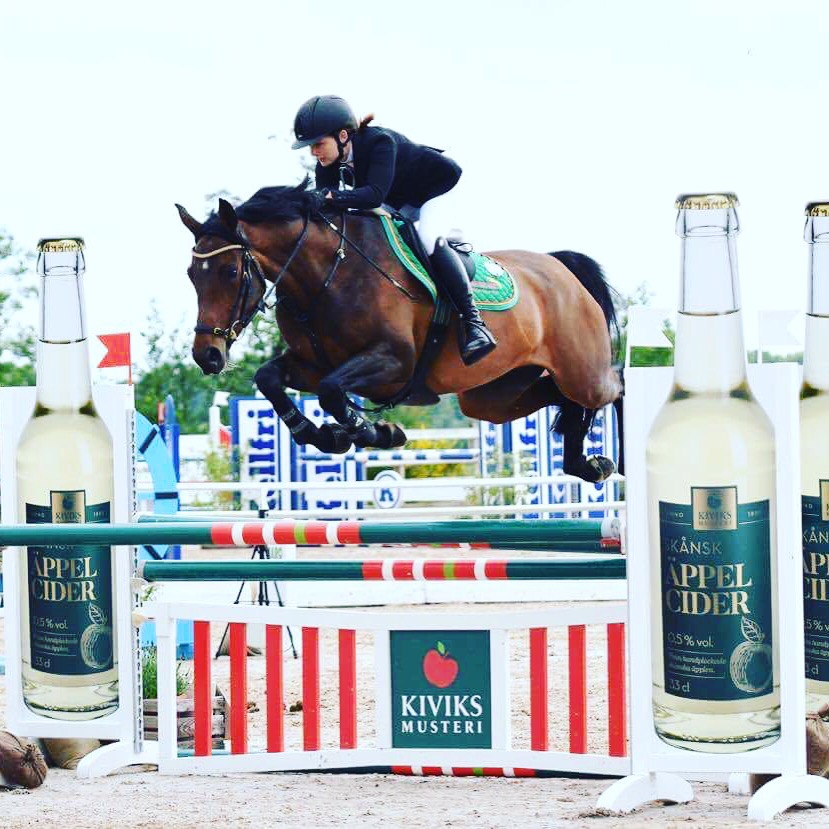