In my brace. Only 4 weeks 4 days to go! On my way to Sweden. There I will meet up with family and friends.

Tomorrow evening I have been invited to Idrottsgalan! It’s the equivalent of Sportspersonality of the year in the U.K. and it’s hosted in Globen, the massive globe shaped arena south of stockholm.

I’m going thanks to Peder Fredricson and his wife Lisen who I work with. Peder got a silver at the Olympic Games in Rio and he and All In were the only pair totally without a fence down through the entire competition. He is now shortlisted for the Jerringprice, the most popular sports person of the year. There are only 5 swedish sport personalities left and Peder is one of them! It’s all down to voting so please help Peder and download the Duo STV app, open the “Idrottsgalan” and vote for Peder! You get 3 votes for free! You only need a platform to download the app… google translate will help you with the Swedishness of it all!

At the moment in transit. Waiting for oh beautiful wheelchair assistance at Palma airport.

They came! And now on to further fantastic delivery truck to get me to the gate! Oh the lives the people in assistance service are living. I am sure I would also see it as a punishment of one of the higher orders but at least I wouldn’t let that get me down. I will get them to read this blog! Enjoy your lives, there will not be anyone else there to make you have “more fun” or be responsible for your happiness! Create your own highs, don’t use any chemical substitute.

Now thinking about hi-jacking said sporty assistance vehicle as have been abandoned by 4th sour assistant! 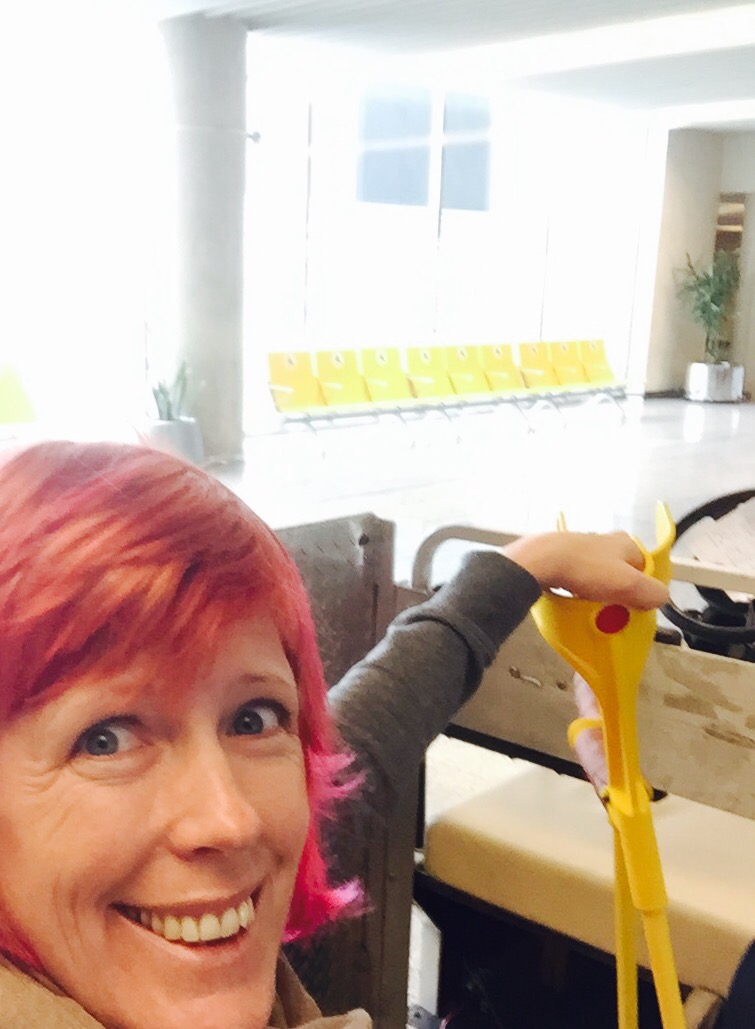 My beloved friend Karl Almgren finished his fight against cancer yesterday morning. He is one of my closest friends, even though we didn’t meet up as often as close friends should, but with a safe place in my heart we never needed to. Now the world has been truly robbed of another great soul! Bad things tend to come in threes…. with this start of the “new” year with “new” beginnings or “new” challenges here it feels more like the same “old” same “old”.

I asked the question to my closest if this year really felt like it was going to be a “better” year. To me 2016 was a pretty ok year. Better than 2012 and 2015 in any case. But I’ve had this overlying fear of 2017. Nothing that you can put a finger on just a feeling. So to get things started we lost Karl. Such a sad wasteful loss. On the 4/1/2017, we lost such a doer and trier, a true smiler. To keep up the bad events of 2017 I had a fall in the ski slope today. I ruptured ligaments in my knee and have to have another operation. That will take place in the next 2-3 hours.

At least my fall was spectacular! I try not to do things half-hearted! I think my husband thought it was at least a couple of broken bones, but no! Only soft tissue damage! I’ve been sat in this waiting room for quite some time now so I just imagine and plan my recovery. The first 24 hrs I’m not allowed to do anything. After that I’m sure I’ll be able to do some things… start it small and often… then back on track maybe? In a couple of weeks? Months? Year? This is where researching online is really bad for you. If I was to trust advise given on spectacular sites I will be wise to know I probably never will use my right leg again.

This alpine adventure was the end part of our incredible surviving journey for the Marsh family. We started the trip before Christmas and spent 5 days in London. This was followed by 5 magical days in Lapland over Christmas. Then we flew back to celebrate new year in the U.K. followed by this trip to Austria.

Operation went well. I’m now back out of hospital. A bit sore and mostly crying. But not out of pain from the knee, it’s the pure pain in the heart that I don’t think will ever go away.

Keep smiling 🙂 let’s keep those we love close at heart.