In another life, far far away on a timeline galaxy called my youth I was told by a Asian lady doctor, that if I didn’t slow down in life, I would never achieve all my potential quests. At the time I was just concentrating on my show jumping, the medical problem I had at the time was not in the slightest related to horses, work or winning so I put the recommendation far far away, in a bottom corner of my space like brain.

Time went on as time does. Not too kindly, but in one way possibly the only way it could have done. As the 6 year anniversary of my initial “big” accident is creeping nearer I reflect back on how I could have done things differently, and I realize, there is nothing I could have done. We are here, where ever we might be. On decisions we have made or some that have been made for us.

As people keep asking why I continue riding and competing. It’s what keeps me going. It’s never simple. The horses are to me the greatest form of physical and mental therapy.

Last weekend was full of laughter and fun, I jumped The Drawness (Draw) in a 120 and he jumped a fabulous clear round and won! This weekend I was going for the Mallorcan championship. 2 days jumping at RCEEM close to Bunyola.

First day fabulous. First time jumping 125 for 6 years. Super clear and finished 3d. I was joint leader for the championship. All ready for the first 130 in 6 years.

It was a strange day, it was thunderstorms all around where we were but not a drop of rain… until the jump off directly before my class. The sky opened, and for 10 minuets it was flowing down. Great for the arena and the warm up as they hadn’t watered it in fear of the rain to come.

Draw warmed up brilliant for the 130. In the ring, I admit I got a little carried away and I started turning and adding a stride and using Draws ability and scope a bit too much. It turnes out I managed to turn inside of a fence I hadn’t planned and he stopped. A quick turn around again and he jumped well and still finished with a super time, so we ended up 3d again. Now second in the championships.

Jump off, and another course set, 8 obstacles. I was 5th to go with Draw. I warmed up well. No missing, adding strides or being too hard. Then we started the course. It started on a big S-curve with 3 big oxers. The 3d leading in to a 2 stride double. He jumped really well number 1 and 2. Turning up to the double I had a really good stride to it, but I think Draw was still thinking about the first round where he had to “carry” me through, so he stopped. Again I turned a circle and approached on a good stride, I was really going for it now. But sadly Draw had had enough. He stopped, I continued, fast ramming the fence. Clipping my cheekbone on the purple wing.

My first thought was not about me or pain or horse, it was with my children. That previously were so proudly watching their mum, now seeing her crashing right in front of them. I had blood coming down on my cheek where the impact had been, but otherwise no real pain in the rest of my body. I was checked over in the ambulance and in the end they thought it would be better to drop me off at a hospital, to be able to x-ray and assess if there was a concussion.

So here I am. Another night in hospital. Not where I would ever wish to be. But as luck as it, my eye is fine, my cheekbone is not broken, my body, other than stiff and a little purple in places is A-Ok! Purple is such a cool color anyway…

Dan has already been here! Feeding me beautiful smoothie from favorite raw food guru Petra’s restaurant Ziva. Doctor has been and other than the impressed face (could have been distressed face) when reading my bible thick journal, he was only pleased to say I will probably be let out after lunch!

I know I’ve put my whole family through hell. It’s my only concern right now. Is it selfish to continue with this thing that makes me feel alive? First question from my sister, “-Has Dan asked you to give up yet?”

No, and I don’t expect him to ever ask me. I should listen more to myself and know my own limits. I will probably drop down a level next time and see how I will do. Lovely Leo can maybe start taking over as first horse from Draw, he has a little more blood and it might help him here in the heat?

I hope I have not lost faith. Body is sore but I think it’s because the last painkiller I got was 7am. To be honest with you, my biggest fear yesterday was that they would find something other than fractures on the CT scan. The evil cancer that might have decided to carry on in my brain, or my spine… but no! So far cancer free-(ish) and fracture free-(ish). I will not tempt faith another time by answering the question, -“Is there any bone you haven’t broken?” I had one answer to that question, but now I stay quiet. Bones are there there to be broken apparently. As illnesses are there to be had. 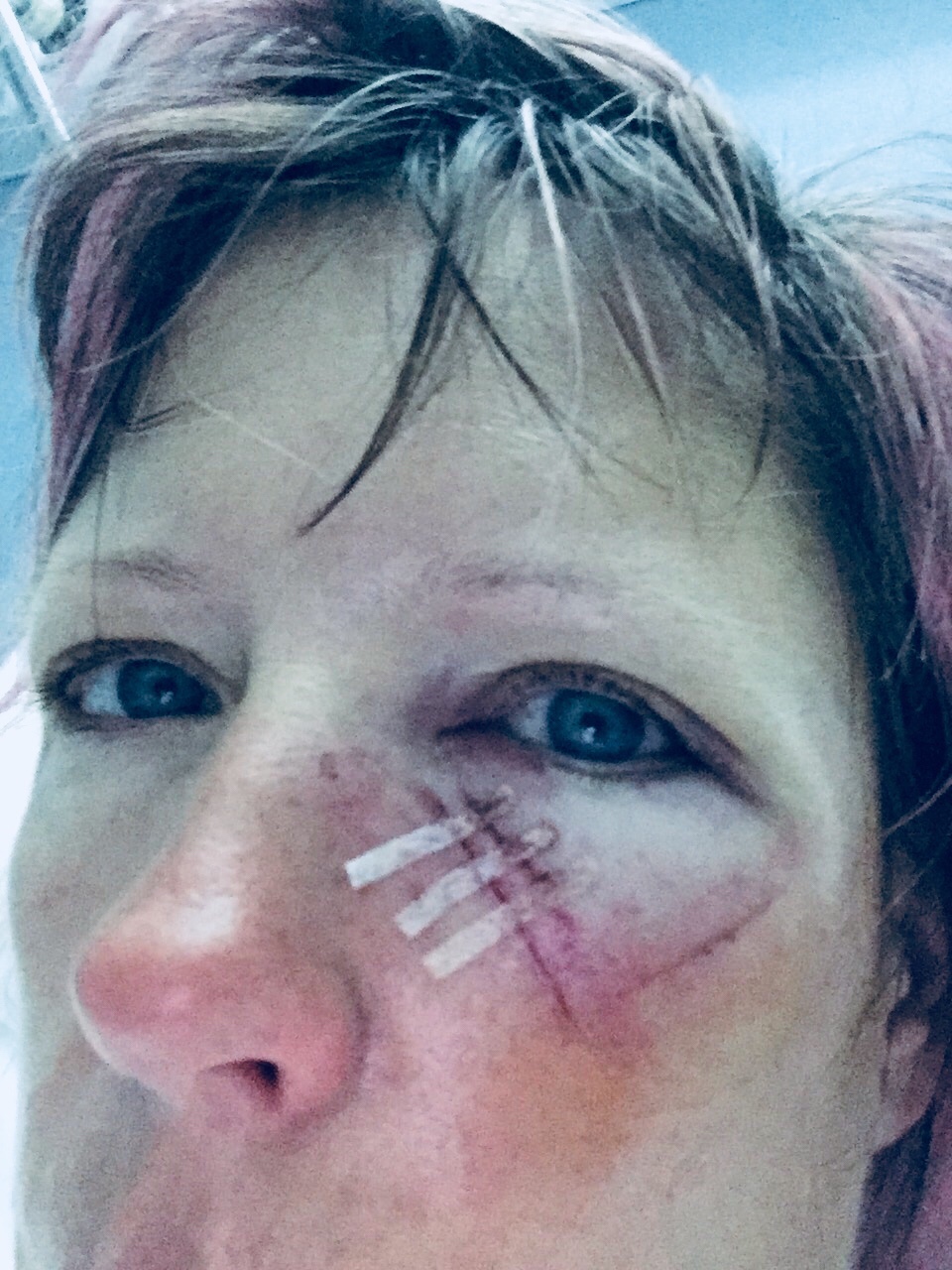